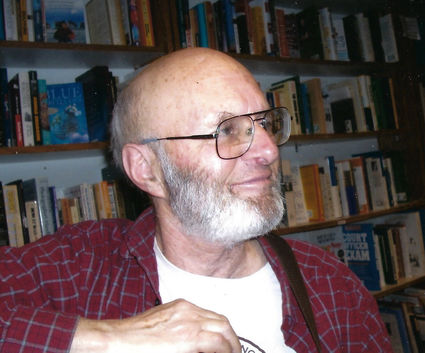 Raised in Montana, he graduated from Columbia Falls High School in 1963. Between earning both his bachelor of arts and his masters of business administration from Eastern Washington University, Jim served in the Army. In Vietnam, he ran an asphalt plant in the Highlands. Stationed in Ft. Belvoir, Va., he explored the East Coast on weekends.

In 1974 Jim started buying, selling, remodeling and renting out houses in Spokane. Jim enjoyed coaching his youngsters in basketball and soccer through middle school. He also proudly taught his sons his construction skills.

Jim shifted his business from active carpentry to supervisory work in 1972. Upon retirement, he jumped into playing bluegrass. Wishing to mentor talented young fiddlers, Jim founded a band where the young musicians were the stars and the retired backup musicians were ‘The Afterthoughts’— thus, the band name.

After 16 years of valiantly resisting the many inroads of Parkinson ’s disease, Jim died on March 11, 2020. Jim is survived by his wife Sally, children Kathleen Force, Christopher Innes, John (Kristy) Shamp, Julian (Christina) Shamp and Jacinto Shamp, many grandchildren, nephews and nieces. A memorial service will be held at a later date.