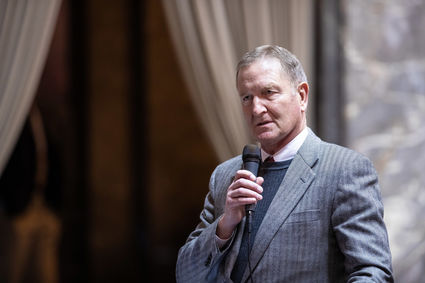 OLYMPIA – Sixth District Sen. Jeff Holy is hoping Gov. Jay Inslee will use his veto pen and strike down a controversial K-12 comprehensive sex education bill that passed both the House and Senate recently along party lines.

After a six-hour debate that ended at 2 a.m., the Senate adopted ESSB 5395 by a 27-21 vote early last Saturday, March 7, with all Democrats voting in favor and all Republicans voting no. In a March 10 news release, Holy called for Inslee to veto the legislation.

"In the past week or so, my office received over 500 emails and about 100 phone calls from people who were a...