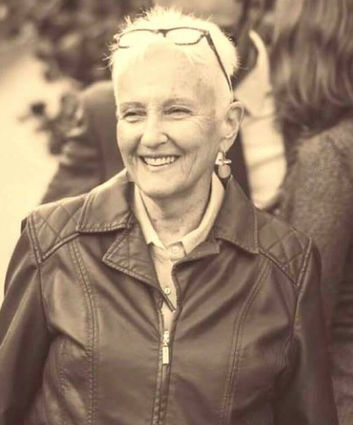 The Rev. Christine J. Soule was called home to be with the angels on Jan. 20, 2020 and continue on her journey of life everlasting. She was born Sep. 2, 1937, in Los Angeles, Calif. to Maydean Tessier and Charles Edward Soule III, a direct descendant of George Soule, a Mayflower Compact signatory.

She earned a bachelor’s degree in social work from University of Montana and a master’s in applied psychology from Eastern Washington University in 1993. She served as a chaplain at Deaconess Medical Center and later worked at Lutheran Social Services in Spokane for more than 20 years, counseling adult survivors of trauma.

Christine was ordained a priest in the Episcopal Diocese of Spokane in 2008 and named Vicar of St. Paul’s Episcopal Church in Cheney. She also served as Eastern Washington University campus pastor for ELM (Episcopal, Lutheran, Methodist campus ministry), where she gave generously of her talents until retiring in December 2019.

One of Christine’s greatest gifts was her ability bringing people together, connecting those of wide-ranging ages across a multitude of backgrounds and social circles. She was a strong advocate for women and was honored with the Soroptimist Ruby Award in 2014, an award given to women who help women. In 2018 she received the Sheryl Hendren Victim Advocacy Justice Award.

Christine was at her happiest spending time with family, friends and in fellowship with her church family. She will be remembered for her kind spirit, her advocacy for victims’ rights, and her passion for working with young people. She loved the outdoors, books, watching movies, and enjoying avocados and cheering for her beloved Seattle Seahawks.

We mourn this phenomenal woman’s departure from this world but celebrate her life, giving thanks and praise for the gifts she offered to so many. May her voice be evermore lifted with the angels... “All of us go down to the dust; yet even at the grave we make our song: Alleluia, alleluia, alleluia.”

Gifts may be given in memory of the Rev. Christine to the Episcopal Diocese of Spokane, to be allocated to Camp Cross Scholarships and Campus Ministries, 245 E. 13th Ave., Spokane WA. 99202. (Note in memo: In memory of Christine Soule).