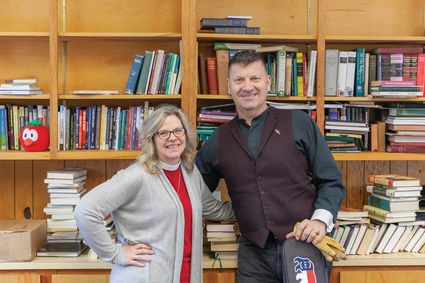 Greg and Carol Yeager arrived in mid-December and began tending to their flock that includes Emmanuel Lutheran Church in Reardan on Jan. 1.

The Yeager’s came from North Carolina via North Dakota where they spent “three winters,” as Greg put it, before moving south where they pastored for 15 years at various churches in the Carolina heat as independent Lutheran pastors.

And Greg, at least, was just fine with that.

“It’s too dark and cold,” the Spokane native said of the Dakotas.

But change is constant, a...