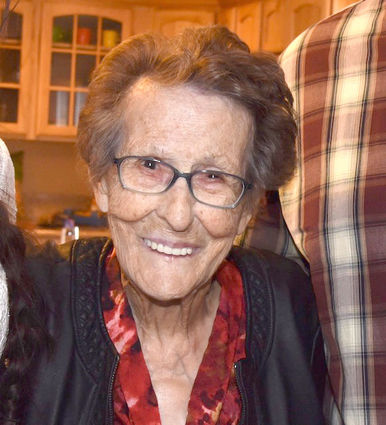 Dorothea B. Haase, age 88, passed away on Dec. 5, 2019. She was the eldest daughter of Henry Wallner and Dora (Scheele) Arnold.

She was born on March 21, 1931, in Spokane, Wash. on July 22, 1948. Dorothea married Harlan Haase at Redeemer Lutheran Church. Together they raised 14 children. While her children were young she stayed at home, but later went to work as a seamstress.

She worked for Katherine Louise Industries for a number of years. Later, she went to work for the State of Washington at the penitentiaries in Walla Walla and Connell. She taught inmates how to make socks and other clothing items used in the state penitentiaries.

Dorothea enjoyed reading, quilting, traveling and an occasional visit to the local casinos. She also enjoyed watching the news and commenting on local and national issues.

A memorial service will be held at a later date.