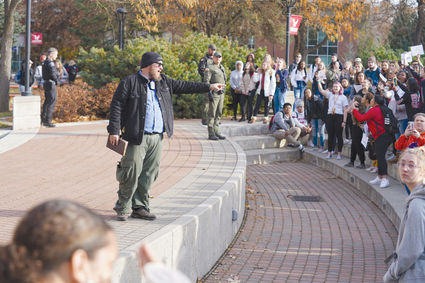 (The following story is updated from a version that appeared online at www.cheneyfreepress.com on Thursday, Nov. 7)

According to media reports, one of the speakers was arrested for an alleged assault after he spit on a woman and slapped her on the buttocks while an EWU student was arrested for ignoring police officers’ commands, but later released and not charged. EWUPD Dep. Chief Jay Day sai...