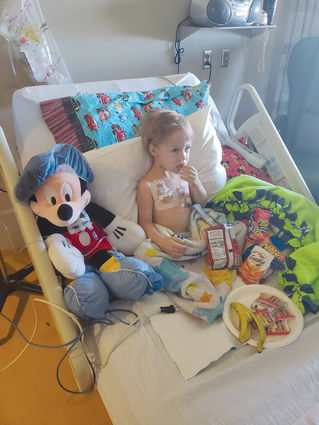 MEDICAL LAKE — It was July when little Aiden began acting out of character. He had a persistent low-grade fever, had started taking naps again, had even regressed from being potty trained to requiring diapers. He lost his appetite.

His parents, Heather and Ryan Thomas, took Aiden to urgent care several times before finally taking him for a regular doctor’s checkup on Sept. 23.

The doctor checked his lymph nodes, and then ordered a blood test.

“I think the doctor had a feeling what was going on,” Heather said.

The doctor’s office called when the Thomas’s were on their way home,...