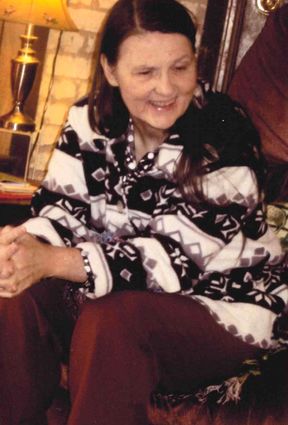 Janet was born on Feb. 22, 1955 to Hetty and Jack Hartford. She loved living in the warm and loving home they provided in Four Lakes, Wash. She lived in the same home her entire life.

The youngest of four children, Janet loved her siblings, often fighting to be a part of whatever they were doing. Her childhood was filled with joy. She loved to tell the stories of all the adventures she had with siblings, friends and maybe her best friend of all – her beloved horse Dan.

Janet loved music and had a beautiful voice. She sang with the musical group “Ambassadors” while at Cheney High School, from which she graduated in 1973. She also loved to sing at Four Lakes Community Church, where she was a life-long, faithful member.

After graduation, Janet worked briefly for the Cheney Police Department as a dispatcher. Janet was so generous, often hand-making a one of a kind gift. Janet was a collector. She collected horse figurines, music, movies, rocks, dirt, stories and anything she might possibly use to make a craft for Vacation Bible School.

Vacation Bible School was her passion for many years. She spent months preparing every single detail of the curriculum and the crafts. Literally hundreds of children from the Four Lakes Community heard Janet lead songs and tell stories about Jesus. Though her health prevented her from doing many things, Janet made the most of the years she was given. She served God and honored Him well.

A memorial will be held on Oct. 19, 2019, at Four Lakes Community Church at 2:30 p.m. Hazen and Jaeger will be handling arrangements.