Medical Lake hit and run driver arrested after turning self in 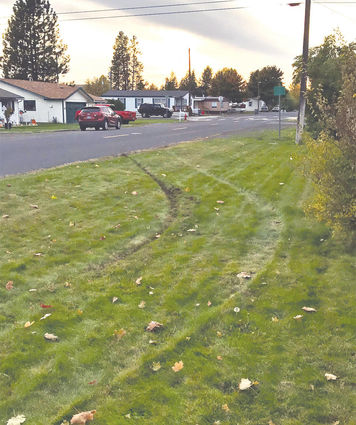 MEDICAL LAKE —Spokane County Sheriff’s deputies arrested 27-year-old Dustin J. Williams at a local store at about 7 p.m. on Sunday, Oct. 6, for failing to stop at the scene and render assistance after he struck a jogger near the intersection of South Stanley and East Campbell streets.

According to a Sheriff’s Office press release, Williams was identified with the help of witnesses who described a blue or green sedan, possibly a Honda driving south on Stanley toward Campbell that did not stop at the stop sign before turning west onto Campbell and going off the north side of the road where it struck an adult female who was jogging eastbound.

The victim flew across the hood of the car and landed on the pavement.

Williams panicked and accelerated through the grass, fleeing west on Campbell.

According to the victim, she was jogging on the shoulder just off the roadway when she observed Williams’ vehicle run the southbound stop sign on Stanley before turning west onto Campbell. The car immediately turned onto the shoulder, heading straight for her.  She attempted to get out of the way, but she was struck and thrown across the hood on the driver’s side of the car before landing on the pavement.

When arrested at a local store, Williams denied drinking before the collision, stating he had purchased alcohol at the grocery store before the deputies’ arrival.

He admitted driving on Campbell when a female jogger ran into the front of his vehicle and fell off to the side.  Williams said he was scared and drove away.

He further explained later that he “did the right thing” and turned himself in, according to the press release.

Williams was arrested for felony hit and run.  He did not have a valid drivers license.