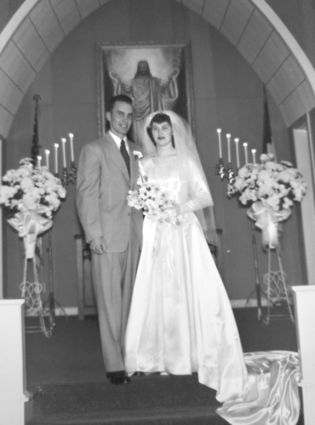 Ruth graduated from Lind High School in the Class of 1953. While in school she enjoyed volleyball and attending her home economic classes and as many additional school functions she could.

Ruth grew up on a family farm with her parents, her three brothers Roy, Robert and Ruben and her two baby sisters Carol and Doris. After graduation she attended some college and continued helping work at the family farm. It was during this time she met and was courted by Robert (Bob) D. Welch. They fell in love and were married Nov. 29, 1953 in Ritzville, Wash.

In October of 1960 they welcomed their only child, daughter Vicki into their hearts, lives and homes after adopting her as an infant and saw her as their own. They adored her and their lives felt full. While raising their little family they moved into several small fixer uppers that they fixed and updated themselves over the years until they finally settled down outside of Cheney, Wash. This is where they designed and built their beautiful dream home for themselves, their daughter and any future grandchildren that may come.

Ruth worked for the Cheney School District as one of their cooks for 30 years providing breakfast and lunch across the school district to all of the faculty, staff, and most importantly the students. She would go out of her way to make sure no one would leave hungry both at work and in her own home.

She loved polka music and enjoyed watching the Lawrence Welk Show every week with her husband Bob. Her favorite hobby was to sit and crochet a new afghan blanket, especially if she was crocheting one for a loved one. Ruth also loved to put together puzzles and her and Bob would spend hours working on them together.

Ruth enjoyed to garden and paid particular attention to the vast variety of roses and African violets that she planted. She adored the soft, delicate, pretty things in life. She enjoyed cooking delicious hearty family dinners and baking sweet treats and took pride in her cooking.

Ruth also loved attending and hosting epic Pinochle parties with friends sharing their stories while joking and laughing late into the night. She loved to go camping and pick huckleberries with her husband Bob and any family and friends that were able to join. She was a steadfast fan who loved watching the Mariners, Seahawks, Cougs and the (Gonzaga) Bulldogs, and always tried to catch the games on TV while sitting in her beloved recliner.

She was also a huge fan of The Bachelor/Bachelorette, and Dancing with the Stars whenever they came on and her favorite Soaps and cooking shows. She was able to travel with Bob to many different places for his work trips through Schaeffer Oil Company to attend conferences and they always had an amazing time together. They were married for 65 years before Bob passed away and they had a very long and loving relationship and they were there for each other through the good times and bad and sickness and health. Now they are reunited again, watching over their loved ones. 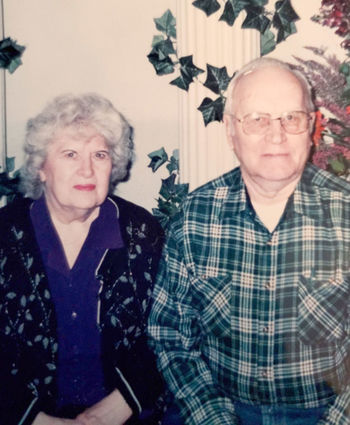 Ruth was preceded in death by her husband Robert D. Welch (Aug. 5, 2018), sisters Carol Benzel and Doris along with brothers Robert Fode, Ruben Fode and both parents.