A route through history 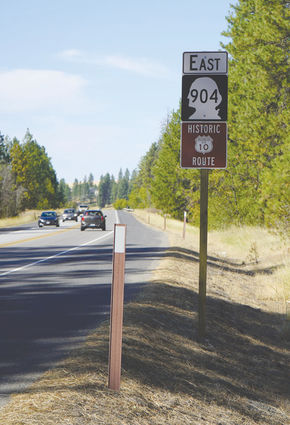 An element that helped create Cheney and much of Eastern Washington received some more official recognition earlier this summer.

Historic route U.S. 10 signs went up on either end of Cheney along modern-day State Route 904, helping to mark a road that once ran over 2,000 miles from Seattle to Detroit - and included one of only two car ferries on a national highway. While not as well-known in popular culture as one of its counterparts, U.S. Route 66, U.S. 10 nonetheless was home to many of the same types of businesses that served a nation becoming more and more mobile and adventurous as its...