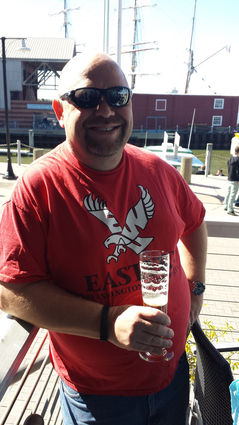 Buster was born on Feb. 26, 1968 to Elenore and Leo VanCara. His family settled in Four Lakes, Wash. in 1970. He graduated from Cheney High School in 1987 and was proud to enlist in the United States Army at 19. He served with the 24th Infantry Unit based in Fort Stewart, Georgia with honor and distinction in Operations Desert Storm and Desert Shield. On returning stateside he was selected as a member of the U.S. Army Honor Guard, which bought him great pride to give a final service to families of fallen heroes of our country.

Buster left the Army and returned to Four Lakes after his father passed away to assist his mother. He began an outstanding career at Eastern Washington University in 1997. He was admired, respected and known by all as an integral part of the trucking department.

He cared for the community that gave him so much and served as a volunteer firefighter for Spokane County Fire District 3, Station 3 and continued serving as county water commissioner in Four Lakes.

Buster was the husband, son, brother, uncle and cousin everyone wanted to be around. He had a grace about him even while he teased his sisters and nieces/nephew.

The day he met Laura his life changed; he was deeply in love. His greatest joy was marrying her on May 24, 2014.

He quickly introduced the love of his life to the world of Buster and she couldn't be happier. Buster and Laura became a staple at Don and Devon's campsites, family BBQ's with his signature flair and holidays. Buster never met a stranger, never turned anyone away and always had his ever-present smile with an infectious laugh that made people walk away feeling glad they met him.

A Celebration of Life for Buster will be held at Don and Devon Tinker's home, 2221 W. Smythe Road, Spokane, on Sunday, Aug. 4 at 2 p.m. The celebration will be a potluck in Buster's honor.

Memories of Buster will be shared at that time as there are too many to post here. Cheney Funeral Chapel, Cheney, WA.