Medical Lake council gets an earful on proposed fireworks ban

Ordinance not considered for vote due to administrative error 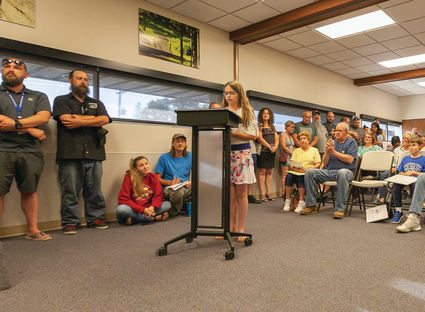 Social media was set ablaze ahead of the Medical Lake City Council’s June 18 regular meeting when a discussion about a proposed fireworks ban within the city limits was placed on the agenda.

The ban prompted a standing-room-only crowd of nearly 100 people to arrive ready to voice their opinion on the issue.

It was enough to warrant the subtle presence of two Spokane County Sheriff deputies.

But the first reading — a procedural precursor in which two readings are required to pass an ordinance — never occurred due to an administrative oversight that failed to include the language of th...