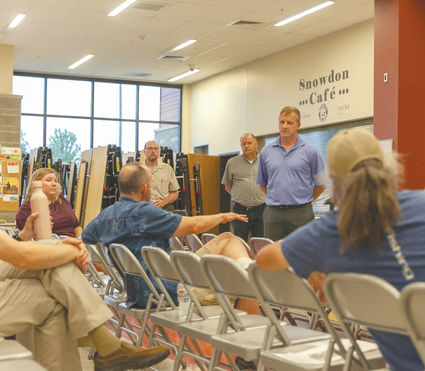 “I think this is a crock of crap,” he told Spokane County engineering officials standing before a group of about 23 of his neighbors at a raucous Wednesday, June 5, public meeting at Snowden Elementary School.

Hammond’s comment underscored the evident and palpable anger and frustration coming from neighborhood residents who have, to one degree or another, been fighting groundwater intrusion into the basements and crawl spaces of many of their homes since they were built in 2004.

The county was there to make a deal — an “initi...