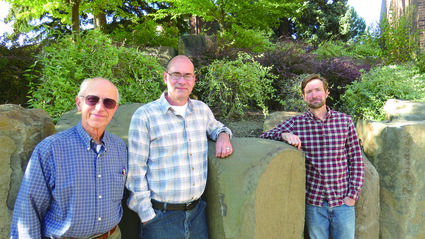 No doubt about it - Washington Rocks!

If there is a double entendre detected in that statement, it's because former Cheney resident Dr. Eugene Kiver believes Washington is geologically a very diverse state. So much so that the Eastern Washington University emeritus professor of geology teamed with two current EWU colleagues, Chad Pritchard and Richard L. Orndorff, to produce "Washington Rocks!," a 144-page guide to 57 features around the state.

According to a news release from Mountain Press in Missoula Mont., the book is part of a "state-by-state 'Geology Rocks!' series" designed to introd...