By Olivia Harnack
Special to the Free Press 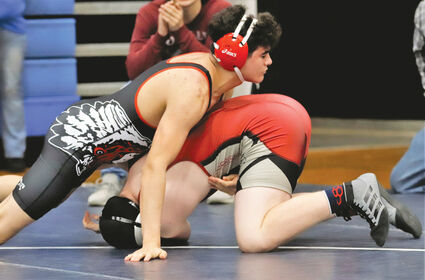 Trevor Caldwell at 113 and Black Gross at 170 were Cheney's only medalists at the tournament that attracted more than 400 grapplers.

Caldwell, wrestling at 113lbs, won 7-4 and scored a total of 20.0 team points for the Blackhawks. Caldwell won his first two matches, topping Gavin McCloy (Pullman) by a 6-4 decision and pinning Diego Esparza (Gonzaga Prep) in 27 seconds.

He lost his next match to James Mason (Mead) by an 11-4 decision, but made a quick recovery in his ne...