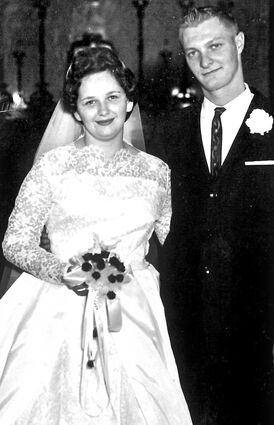 CHENEY – A local couple is celebrating their 60th anniversary on Thursday, Dec. 16.

The couple began dating while attending Kendrick High School and were married in Lewiston, Idaho, while Jack was on leave from the U.S. Army.

Sandy retired from the state of Washington while Jack retired from Centurytel after a lifelong career in the telephone industry. Since retirement, Sandy and Jack have enjoyed spending their time traveling the country, camping and being with friends and family.

Over the years, they have volunteered ma...