By Mary Widman
Special to the Free Press 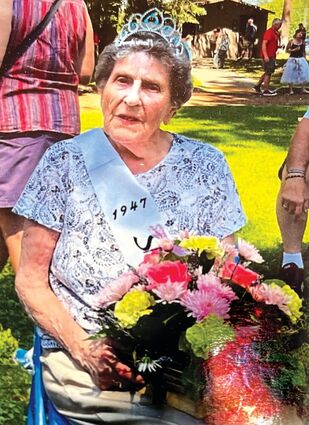 ROSALIA – A local woman has been honored as the first Deer Park rodeo queen 74 years after her reign.

Faith Terrell, 91, of Rosalia, was recognized in July during in the Tri-County Settlers Association 100th Jubilee in Deer Park.

In 1947, Terrell served as the first queen at the Old Settlers Picnic and parade, sponsored by four granges.

The community selected the queen by dropping pennies into Mason jars at area businesses.

Terrell had 5,258 pennies in her jars and became the queen representing the Garden Spot Grange and the community.

Terrell took a ride in this year's July parade an...