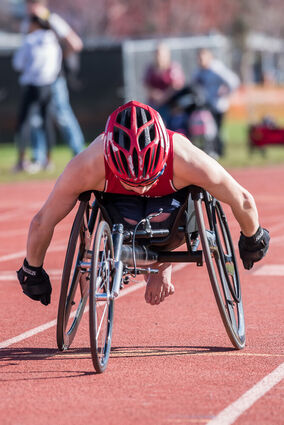 Former Blackhawk state champion Isaiah Rigo will be competing in the 2021 Paralympic Games in Tokyo, Japan this August.

MINNEAPOLIS, Minn -- Former Cheney Blackhawk Isaiah Rigo is one of 61 athletes selected to represent the United States at the Paralympic Games this August in Tokyo, Japan. Rigo is one of three athletes from the Spokane area who was selected to the team after recently completing three days of trials.

The other two are Hannah Dederick of Liberty Lake and Susannah Scaroni of Tekoa.

Rigo was a four-time 2A state champion in wheelchair cross country competition, 2015-2018, and helped the Blackhawks track and field team win a combined state title in 2018. He has been competing at the University of Illinois.