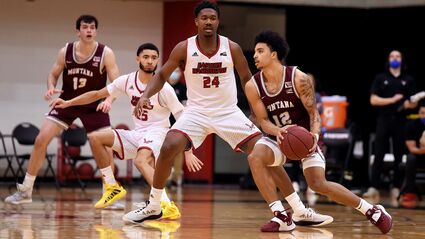 CHENEY — Call them matched bookends — identical victories over the Griz.

Eastern Washington’s men’s basketball team moved closer to defending their Big Sky Conference title by not only sweeping the Montana Grizzlies in a home-and-home series last week, but did so by identical scores as well, 90-76.

The Eagles capped the week that started Thursday in Cheney at Reese Court with a fast start —they had 49-27 first-half lead — and followed a similar script Saturday morning, Feb. 20 in Missoula.

Eastern sprinted to big leads, including a 51-34, 22-point halftime edge at Dahlberg Aren...