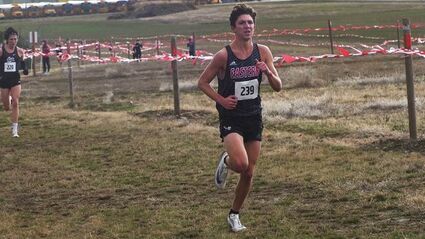 The Eastern men finished third and the women were fourth among the NCAA Division I teams at the event. Sophomore Kaylin Sheley was the top finisher for Eastern's women with a 19th-place finish.