A safety for the Eagles in 1992 and 1993, Guillory succumbs after long battle with cancer 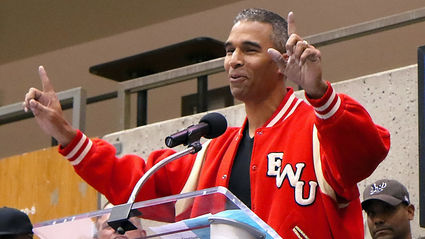 CHENEY – Raphael Guillory, the starting free safety on the first Eastern Washington University team to win the Big Sky Conference football championship, passed away Sunday, Nov. 29, after a long battle with cancer. He was 49 and leaves behind his wife, Gloria, and five children.

Guillory played for Eastern in 1992 and 1993, and went on to become an Eastern professor and earn his Ph.D. He played at Walla Walla Community College before he came to Eastern, where he was a teammate for one season with his younger brother, Justin Guillory.