Learning to lead now, instead of in the future 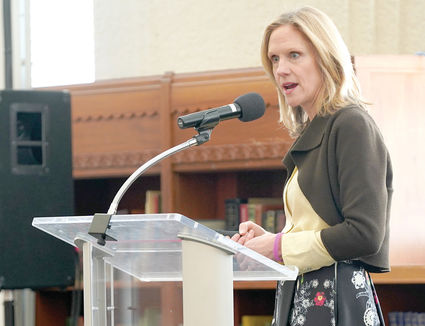 CHENEY – What is leadership and when should it take place?

The answers to those questions may not be as obvious as one would think. For Washington State Supreme Court Chief Justice Debra Stephens, the answer to the latter is essentially now.

“You’re never too young to be a leader,” Stephens told a group of West Valley School District students last Friday, Feb. 28. “Leadership starts by being aware of all of the connections you have.”

Stephens, a 1983 West Valley High School graduate who was appointed to the Supreme Court in 2008 by former Gov. Christine Gregoire and elected to t...