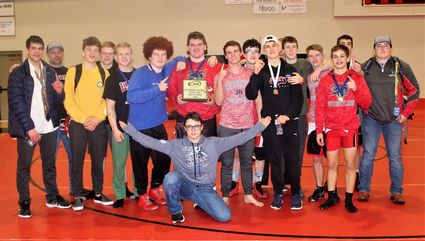 The Liberty Lancers won the district wrestling title in their home gymnasium Feb. 6.

The Lancers had six individual champions at the tournament in their home gymnasium on senior night.

Davenport was a distant second with 246 points, followed by Reardan in third with 168, Lind-Ritzville/Sprague in fourth with 153 and Colfax fifth with 71.

Northwest Christian (Colbert) was sixth with...