Streak: Card boys make it six wins in a row 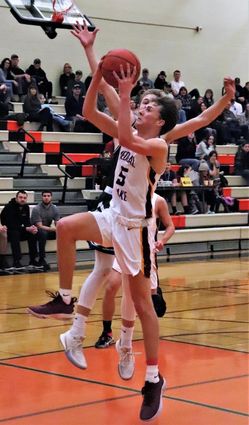 SPOKANE VALLEY — After a mediocre season last year with an 8-15 overall record, it may have taken new head coach Jordan Starr’s 2019 pre-season prediction that the Cardinal boys basketball team would likely take second in the Northeast A League as wishful thinking.

But as the season pans-out the prediction may have been a bit humble for the scrappy, do-or-die Cardinals who, after eight games in which they’ve lost only one non-league game, are currently tied with Deer Park at 2-0 in the NEA.