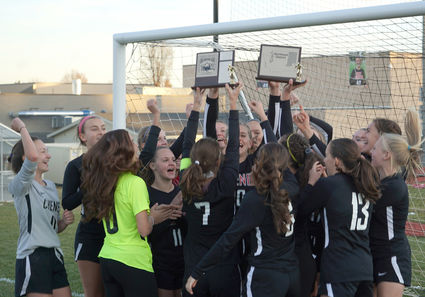 CHENEY — With nine seniors — most of whom had played together since elementary school — the Cheney High School girls soccer team looked favored to advance deep into the postseason.

But even though the Lady Blackhawks came up two games short in their bid for the program’s first 2A Final Four appearance in over a decade, they hardly disappointed fans. Cheney finished 15-4 overall, 11-1 in Great Northern League matches and winners of the regular-season GNL title.

The Lady Blackhawks improved on that by beating West Valley for a third time to win the District 7 crown, and advanced to state competition for the first time since 2009 with a 5-0 thrashing to Central Washington Athletic Conference No. 4 Othello. But it was a late-game goal from North Kitsap’s Sophia Pixton that earned them the 1-0 and ended Cheney’s run.

“They did everything possible that they could to be a participant in high school soccer,” head coach Nels Radtke said of the nine seniors. “They are perfect examples of someone who does it the right way. This whole season, it was a joy.”