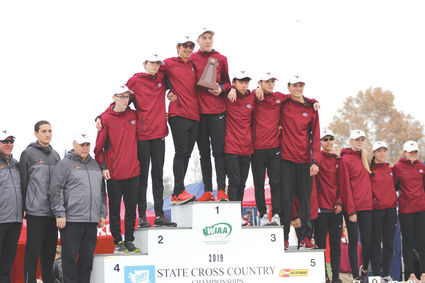 MEDICAL LAKE — The Medical Lake cross country team came back from the state 1A cross country championship meet with a trophy — just not the one they had hoped for.

The Cardinals had to settle for third place at Pasco’s Sun Willow Golf Course on Saturday, Nov. 9, behind first place Lakeside and Klahowya, who took second.

“I was really pleased with our kids,” head coach Gene Blankenship said. “They competed really well. We were leading at two miles, but we couldn’t hold.”

He noted that as a team, “finishing third is respectable.”

Victor Long was the Cardinal time leader, a...