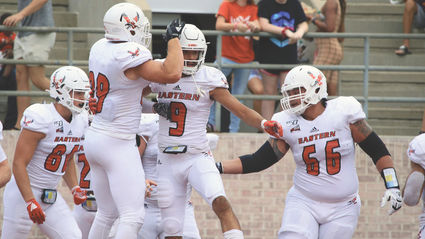 CHENEY — Be wary of teams holding a grudge and hungry for a victory.

The Eastern Washington University football team goes on the road for a second-straight week when it plays at Cal Poly on Saturday, Nov. 16, in San Luis Obispo, Calif., in a rematch of EWU’s 53-point blowout victory in Cheney a year ago.

In 2018, on its way to an appearance in the NCAA Division I Championship Game, Eastern won handily 70-17. The margin was the largest ever in a Big Sky Conference game for EWU, and the third-largest overall. Eastern is 8-2 all-time versus Cal Poly — 5-0 at home and 3-2 on the road —...