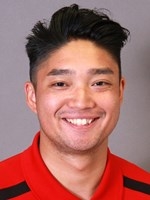 Violet Kapri Morrow, a 1,000-point basketball scorer, and Roldan Alcobendas, a 300-point football kicker, have been selected as Eastern Washington University's recipients of the Big Sky Conference Scholar-Athlete Award for the 2018-19 school year.

The Big Sky Scholar-Athlete Award honors the "best of the best" of the conference's more than 3,500 student-athletes. One senior male and one senior female from each school in the league are recognized for their athletic and academic achievements, according to a July 8 news release.

Morrow was a four-time member of the Big Sky Conference All-Academic team. She is one of 18 players in school history to score at least 1,000 points in her career, finishing with 1,357 to rank seventh all-time. She was also just the eighth Eagle to finish with career totals of over 1,000 points, 500 rebounds and 100 assists. She capped her senior season by being named to the Big Sky Conference All-Tournament team after earning second team All-Big Sky honors.

Alcobendas set numerous school records during his career and broke an NCAA Football Championship Subdivision record by going 16 for 16 in field goals as a senior. He ended with 320 career points to rank sixth in Big Sky history and break a school record. His 119 points in 2018 ranked second all-time in the league and was the best in EWU history.

Alcobendas capped his career by earning first team All-America honors on seven different teams and was the recipient of the Fred Mitchell Placekicking Award given to the top kicker from all classifications other than FBS. He was honored on Big Sky All-Academic teams the last three seasons from 2016-18. 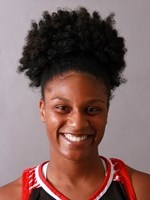