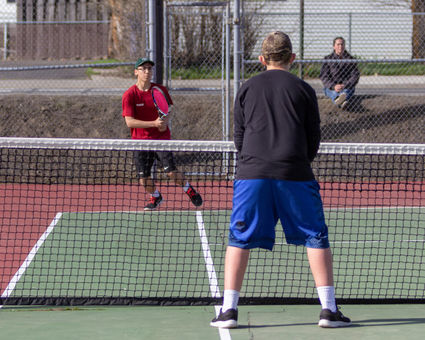 The Cards traveled to Newport on April 10 for a weather-related rescheduled league game where they were mauled by the Grizzlies on their home court in a 5-0 shutout.

In singles action, it took Card Caleb Snow, who moved up a position, one set to get warmed up, losing the first set to Newport’s Cameron Whittle 1-6. Snow put up a good fight in the second set, but ultimately lost it as well 5-7.