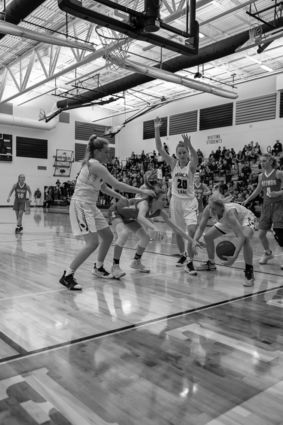 The game at West Valley High School sometimes looked more like a wrestling match than a basketball game on Feb. 13 when the Medical Lake girls took on an aggressive Freeman team in the NEA championship game.

Perhaps it was a grudge thing. After all, the Cards had beaten the Scotties in both of their regular season matches. In the end it was the Scotties physicality that was the Card girls’ demise. Freeman wasn’t afraid to haul down rebounds, wrestle for the ball, or in the end, steal both balls and the championship hopes of the Card girls in the 56-45 loss.

It was Freeman’s rebounding...