Finally goin' back to Frisco 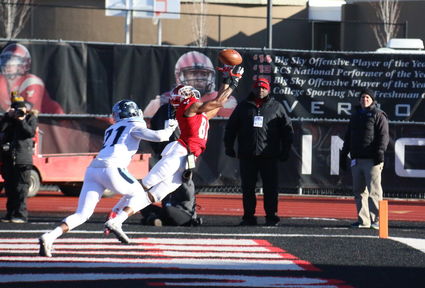 First, a 46-yard field goal attempt on Maine's opening drive fluttered to a halt short and wide left of the goalposts. Next came the first of two Josh Lewis interceptions, deep in Black Bear territory, that, one play later, resulted in an Eastern Washington touchdown.

The visitors from 3,000 miles away, and champions of the Colonial Athletic Association, saw things unravel quickly after that. Eastern would go on to score on each of its next three possessions for a quick 21-0 lead, while Maine followed with a fumble and a punt.

"We were happy to get a turnover like that and give the ball to the offense at the 1-yard line," EWU head coach Aaron Best said. "It's not just a huge momentum change, but it's a huge momentum developer."