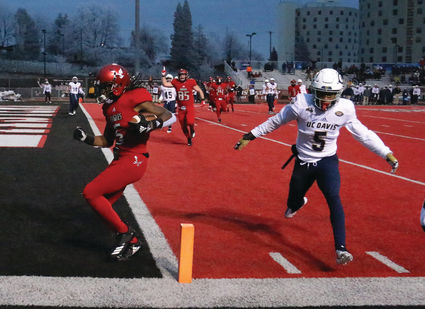 In a season marked by a handful of rallies on the way to an 11-2 record, Eastern Washington took last Saturday’s to another level.

Trailing by a point with 1 minute, 13 seconds to play, the Eagles traveled 75 yards in just 47 seconds — the final 35 yards covered by Sam McPherson for the deciding touchdown with 26 seconds to play — scoring a 34-29 Football championship Subdivision quarterfinal playoff game win over the University of California-Davis at Roos Field.

Eastern is now heading to their fifth FCS semifinal playoff game in nine seasons and sixth overall as the third-seeded Eagl...