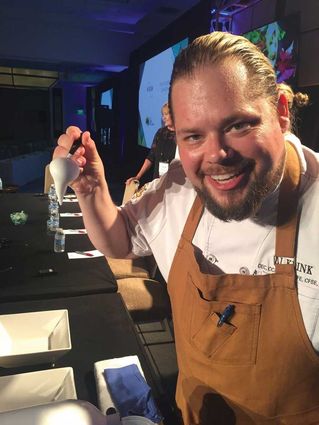 The internationally-recognized executive chef turned director of nutrition services for Cheney School District has proven to be a powerful force for change in the school nutrition industry, and is helping catapult the district into the spotlight as a leader in the fight to make healthy, sustainable school lunches the norm in public schools.

Over the last decade, the district has been shifting away from premade, processed foods, and during Klinkenberg's four-year tenure as director, he has introduced a number of key changes, striving to broaden students' culinary horizons by including fresh fruits, veggies - and yes, lentils - into their lunches.

"We're an educational organization, to give kids a safe space to learn about food," Klinkenberg said. "We make brownies that have lentils in it, and then the kiddos try it and get excited."

The secret, according to Klinkenberg, just comes down to making tasty food. He emphasizes the importance of trust, and said he doesn't believe in lying to children about what's in their meals.

"I will never go to a kid and tell them that a tomato is something else. It's not fair. We're about education, not spreading false information," Klinkenberg said. "We've proven that if you put good food out there, kids will choose it."

The real trick isn't just creating food that is healthy and that kids will actually want to eat - it's doing all that while complying with strict laws that regulate lunch content, nutritional value and cost.

Where it all began

Klinkenberg can wax eloquent on different types of juice and calls the students his "kiddos," which is funny considering he never intended to work for a school district.

The rock 'n' roll chef has cooked for politicians and athletes, and won Food Network's "Extreme Chef" by cooking in a freezer for 14 hours. But when the Cheney class of '94 grad moved back to the area from Illinois eight years ago with his then-4-year-old daughter, she said something that would change his path and the path of the district forever.

"We're sitting at the table and she's eating Cheney beef, vegetables from our garden, and she goes, 'I wish my friends could get good food like this because they're hungry,'" Klinkenberg said. "I started crying and I thought, "That is the most powerful thing, when a 4 year old says they see their friends being hungry."

Now, the district makes lunches that are primarily fresh, homemade and locally-sourced.

Even if the district does have to resort to a premade sauce or side, you can bet it came from a local vendor and contains natural ingredients.

How passionate Klinkenberg is about those ingredients is apparent when he pulls a bottle of orange chicken sauce out from under his desk and shows off the back.

"My great-grandmother could read every word on there and know what it was," he said. "It's real food."

Ahead of the curve

That focus on freshness for students is a development that's sweeping the nation. "Farm to school" lunches were a trending topic at this year's School Nutrition Association conference, and Cheney has been on the cutting edge of that particular movement for several years now.

The district hosts "Harvest of the Month" events where kids can eat food from local farmers and learn how it was made, and the majority of Klinkenberg's ingredients come from neighborhood sources. At those events, teachers can find educational materials to help them incorporate healthy living into their lesson plans.

"We have an exceptional program which provides healthy scratch-cooked meals for our students," Rob Roettger, Cheney's superintendent said. "Chef Klinkenberg has done an excellent job of incorporating new and healthy foods into our menus."

Klinkenberg himself has taught what he calls "hummus math," for which he visits classrooms and teaches measurements, portions and fractions while students make their own hummus from scratch. He even takes it a step further and talks about flavor profiles and spice combinations, giving kids hands-on learning that they then get to devour with crackers and veggie sticks.

All of Cheney's schools offer a fruit and veggie bar every day to supplement students' regular lunches, and it includes at least two whole fruits and one cut fruit. Usually it offers more, like mixed baby carrots, low calorie vegetable coleslaw and chopped cantaloupe and strawberries.

The district has made sustainability a priority as well. It recently cut out the majority of straws unless kids need them due to braces or disabilities, and has phased out the use of Styrofoam in its cafeterias.

It's also introduced a "share bin," where kids can put anything they don't want to eat. Kids who are still hungry can take additional food from the share bin, ensuring nothing goes to waste and the students go to class full and focused.

These changes are groundbreaking, to the point that the positive work Cheney has been doing is being included in a paper to be published in a peer-reviewed scientific journal on the subject of childhood obesity. But they're also difficult to implement, particularly since school lunches are budgeted down to the penny and there are federal and state laws dictating everything from sodium content, calorie count and portion size.

Klinkenberg is limited to an entrée cost of $1.59 and an overall meal cost (with milk and required fruit) of about $2.59 for kindergarten through fifth grade.

The district is audited every three years to ensure that it's complying with those rules and regulations.

Making school lunches as healthy as possible while meeting those stringent guidelines is a lot of additional work, which partially accounts for Cheney's unique position as a frontrunner in school nutrition. School districts often struggle with funding, and many districts don't have an executive chef at the helm, Roettger said.

Fortunately, there are great mindful efforts being made in the West Plains, Klinkenberg said.

"Eight years ago, there weren't a lot of certified executive chefs in schools. Now, there's this trend that, you know what, we cook real food for our kids. Probably more real food than you're going to get from 95 percent of the restaurants out there," Klinkenberg said.

Klinkenberg recently brought Pullman into the fold, giving them the recipes the district uses and showing them how to cook his food. The Cheney district serves breakfast and lunch every single day, and offers an afternoon snack at select schools.

Ultimately, you have to remember who you're working for, Klinkenberg said.

"I went into a kitchen on an official visit and had an elementary student run up, hug my leg and thank me for feeding her. It has such an impact, and as a food director, you can get caught up in regulations, and then something like that happens," Klinkenberg said. "And you go, all right, I can make a hell of an impact and make something that Cheney and the West Plains can be proud of as a community."

It comes down to care

Klinkenberg likes to create meals that are flexible, and can be manipulated to work for a variety of student needs. For example, some students may be vegetarian or have food-related religious requirements. Others may have dietary restrictions that require their meals be gluten or dairy-free.

The district uses recipes that can be easily tweaked, like gluten-free pasta with meatballs on the side, and sunflower butter with pretzels and fruit for dipping to avoid harm to students with peanut allergies.

A kiddo-approved favorite is the Dutch waffle, which is served with honey instead of syrup and is accompanied by an all-white meat, gluten-free chicken strip.

And while Klinkenberg may be heading up these changes, he emphasizes that this is a job that can't be done alone.

Food service in general is hard work, and add in that it's school food and you have a very difficult job, Klinkenberg said. Several employees have left high-powered careers to work for the district, including a cashier with an MBA, a lunch server with a degree in cartography and Klinkenberg's own secretary, who is educated in farm management.

Conversations with employees, students, parents and community members are happening in Cheney that he's not heard anywhere else, Klinkenberg said, and they revolve around what the future of food looks like for school districts and students.

"We're building communities and changing the culture with school food," he said. "And Papa wants everybody fed." 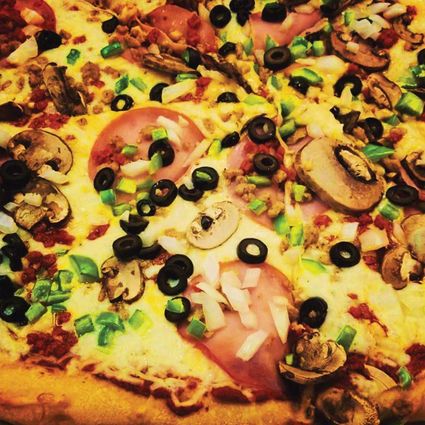