By FROM STAFF AND NEWS SERVICE REPORTS 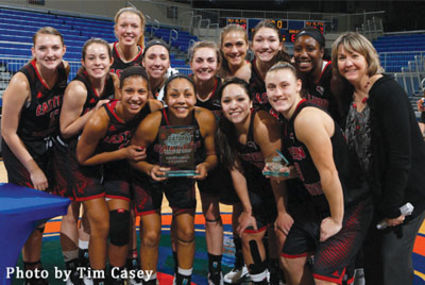 The Eastern Washington University women's basketball team will begin their chase of a Big Sky Conference title fresh from a huge victory Dec. 22 at the Gator Holiday Classic in Gainesville, Fla. after beating host Florida, 67-56.

The senior duo of Lexie Nelson, who led Eastern with 28 points, and Melissa Williams, who recorded double-doubles in each of the tournament games, were selected to the All-Tournament team.

The Eagles, 7-4 and with three consecutive wins, now take a break before beginning conference play on the road, Jan. 1 at Weber State.