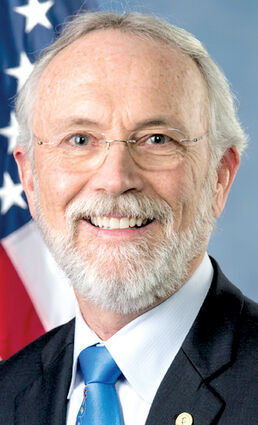 SUNNYSIDE – Despite being censured by most Republican committees in the 4th Congressional District, incumbent Rep. Dan Newhouse appears headed toward re-election.

Newhouse, R-Sunnyside, had a commanding lead over Democratic challenger Doug White after the first round of counting in the Nov. 8 general elections.

Newhouse is one 10 Republicans who voted to impeach President Donald J. Trump following the Jan. 6 Capitol protest. As a result of his failure to support the president, Republican central committees across Central Washington voted to censure him.

Newhouse led in all of the counties in the district, including Okanogan, Douglas, Grant, Yakima, Klickitat, Benton and parts of Franklin and Adams.

While Newhouse has a commanding lead, the election isn't over.

According to the Secretary of State's Office, 122,630 votes have been tallied, but thousands of late-arriving ballots have yet to be counted.

Those ballots will be counted over the next several weeks, until the election is certified Nov. 29.