Kerns has strong lead in District No. 3 race 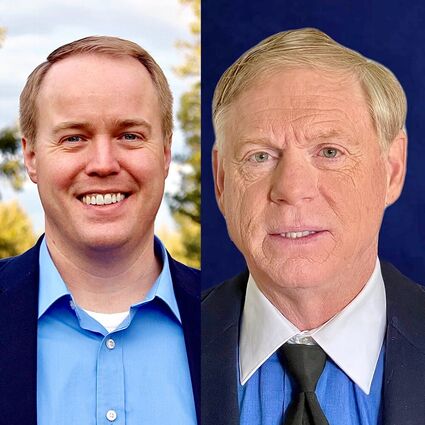 SPOKANE COUNTY - Washington's general election was concluded on Tuesday, Nov. 8, 2022. According to early results, Republican incumbent Josh Kerns had a significant lead over challenger Wild Bill Schreiner in the race for Spokane County Commissioner in District 3. Kerns had 77% of the vote compared to Schreiner's 21%.

"I'm very humbled at the large number. It's like a report card from the voters," Kerns said to the Valley News Herald on Election Night. "We ask whether it's every two years or every four years how we're doing. I think 77% is a pretty strong indication that the voters like the direction of the county and the way that I've been voting."

Josh Kerns has served as a Spokane County Commissioner since 2016. He has lived in Spokane County his whole life. Kerns ​graduated from Mt. Spokane High School in 2003. He earned an associate's degree from Spokane Community College. He went on to receive a bachelor's in business management and later, a master's in business administration from Whitworth University. Josh worked as a senior legislative assistant for State Representative Jeff Holy. Kerns owns River Marketing LLC with his wife, Nichole.

Kerns feels strongly about funding the Sheriff's department at a level that ensures public safety. He also feels commissioners should advocate for the state to roll back legislation that in his opinion has made communities across the state less safe.

"When I've been out talking with people the two big issues have been the economy and crime," Kerns said. "Quite frankly those are probably the two biggest issues that folks are talking about even at the national level."

Kerns feels the county has provided a great deal of funding in recent years to help people get out of homelessness. He feels they should continue to provide mental health services to those that need them. Kerns wants the county to continue to encourage business growth through the use of our Public Development Authorities. Both Kerns and Schreiner agree the county is in desperate need of more affordable housing. Kerns says he will keep fighting to bring economic development opportunities to Spokane County so residents will be able to find good-paying jobs.

Bill Schreiner graduated from Mead High School in 1980 and attended Spokane Falls Community College. He says that he has been the President of Schreiner Corporation since 1987. Bill's work history includes planning and building roads as well as constructing residential homes. Schreiner also lists business consulting, commercial pilot, and civil engineering as other professional experiences. He has worked for Spokane County public works and is currently employed by the City of Spokane in code enforcement.

Starting in January 2023 Spokane County's District 3 will cover rural and suburban areas in north Spokane County and the northern half of Spokane Valley. It includes the communities of Deer Park, Millwood, Newman Lake, Mead, Colbert, and Green Bluff.