Stratofortresses were last here 12 years ago 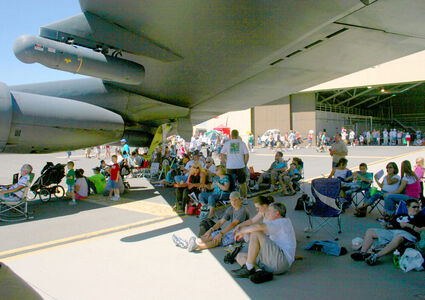 Skyfest 2010 attendees enjoy the shade of a visiting B-52's wing at Fairchild.

FAIRCHILD AIR FORCE BASE -- Four B-52H Stratofortresses are here through Aug. 19 to participate in the Agile Combat Employment exercised.

The bombers from Barksdale Air Force Base in Louisiana arrived Tuesday, Aug. 16. They are the first B-52H aircraft to participant in Fairchild drills since the runways were refurbished 12 years ago, officials said.

The bombers are not new to Fairchild.