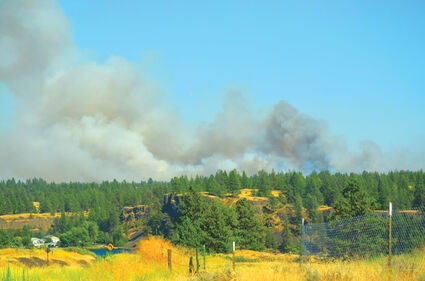 CHENEY - A fire that prompted evacuation notices Aug. 3 is still burning south of the city.

The Northwest Interagency Fire Center reported Tuesday, Aug. 9, that the Williams Lake Fire had charred 1,868 acres southeast of Badger Lake, south of the intersection of Rock Lake and Cheney-Plaza roads.

The fire center was reporting 65% containment.

All evacuation notices have been rescinded as the fire hasn't grown since Saturday, officials said.

At the height of the fire, several fixed wing...