Troopers: Alcohol or drugs likely cause of crash 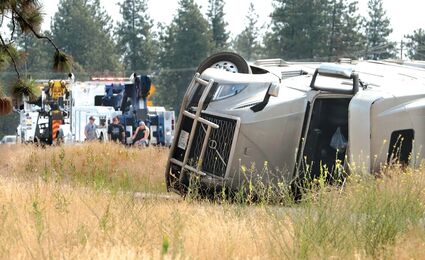 FOUR LAKES - A Spokane man is facing a possible vehicular assault charge after allegedly driving while under the influence of alcohol or drugs and causing a crash on westbound Interstate 90.

As of press time, he was being held without bail, jail records show.

The Washington State Patrol said the cause of the crash at 2:39 a.m. Monday was likely drugs or alcohol.

According to the patrol, Cook was westbound in a 2015 Dodge Dart when his vehicle drifted from the...