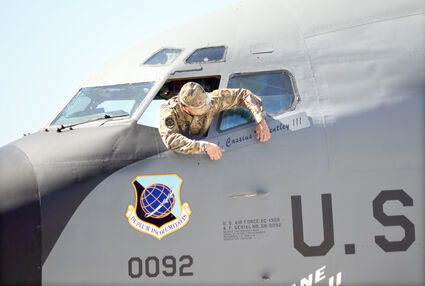 FAIRCHILD AIR FORCE BASE -- Airmen from 92nd Air Refueling Wing gathered in a hangar Monday to send off its commanding officer, Col. Cassius Bentley, and to welcome Col. Chesley Dycus to the role of installation commander.

The change-of-command ceremony took place in front of two of the wing’s parked KC-135 tanker aircraft, with one carrying a placard with the name of outgoing Col. Bentley.

An estimated 500 guests were in attendance, including a host of military officers and local elected officials.

Both colonels were given time to speak, and commander of the 18th Air Force Maj. Gen. Ke...