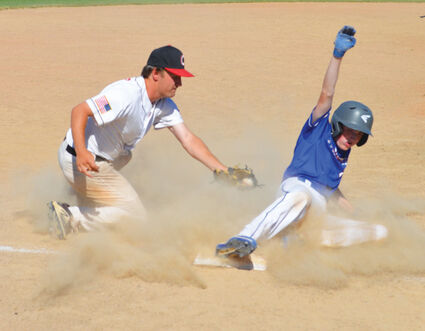 CHENEY-The Spokane Cannons took two of three ball games over this past weekend on the diamond at Medical Lake High School to claim the Spokane American Legion Senior District Championship.

"Winning the district championship was pretty cool," Coach Austin Sharp said. "Losing the first game was a heart breaker for the boys after leading 5–1 going into the sixth. We committed a couple of errors and were down 9–5 going into the bottom of the seventh but came back to tie it, 9-all. They scored and unearned run in the top of the eighth and we went down in order in the bottom of the inning and...