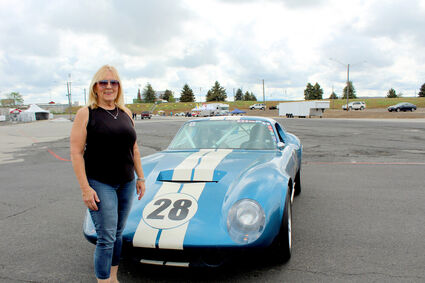 Some spectators seated on a small hill in the middle of the tracks got an up-close look of the action.

Karen Salvaggio, a privateer, has been racing for 40 years. It was her sixth Spokane Festival of Spee...