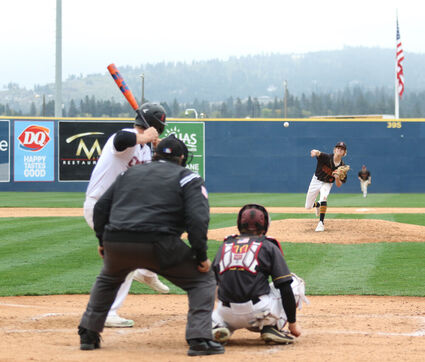 Luke Dickey rockets a fastball during the 5-4 loss to Colville.

SPOKANE - The Medical Lake Cardinals faced off against the Colville Crimson Hawks to see who would go on to regionals and fell short losing 5-4.

Medical Lake build a four-run lead by the end of the third inning, but Colville switched pitchers to slow down the Cardinal offense according to Cardinal coach Austin Sharp.

"We did exactly what we wanted to do early on," Sharp said. "We were in control of the plate against their first pitcher, but then they brought in another guy. He had one of those real weird and funky deliveries that can really mess with your timing."