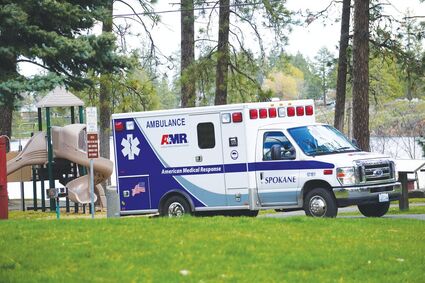 MEDICAL LAKE – A small boat with two fishermen aboard flipped in the lake near Waterfront Park on April 22, prompting a water rescue by officers from the Spokane County Sheriff's Office and Spokane County Fire District 3 (SCFD3).

According to SCFD3 Division Chief and Public Information Officer Dustin Flock, the boat overturned at about 1 p.m. Despite the cold-water temperatures, the occupants grabbed onto it and swam toward the shore.

According to Flock, the two men were not wearing life vests, although they had them under the boat's seats.

Flock said the two men made it almost to shore...