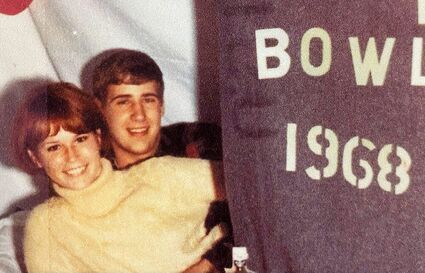 Special to the Whitman County Gazette

Joyce LePage and friend James Krumstick at a school function, circa 1968.

PASCO — Joyce Margaret LePage was born Dec. 4., 1949, into a farming family that lived just outside the city.

As an athletic and intelligent student, her decision to attend Washington State University was not a surprise to the LePage family. The family had several ties to the university in Whitman County.

In the summer of 1971, the WSU junior disappeared without a trace.

Nine months after her disappearance, her remains were found April 16, 1972, in a gully roughly 10-15 miles south of Pullman,...