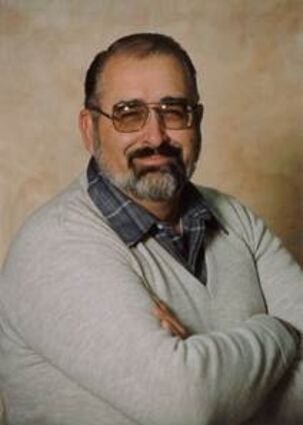 James (Jim) Wesley Mowatt passed away unexpectedly on Jan. 31, 2022.  Born on July 27, 1936, in Chewelah, to Andy and Lorna (Seaman) Mowatt, Jim graduated from Chewelah High School in 1954, and then joined the U.S. Navy that next fall.  He spent four years aboard the aircraft carrier Philippine Sea as a machinist's mate in the boiler room, traveling the world.

Jim found the love of his life and married Arlene Schmitt in Oct. 1960. He worked as a logger up north and for a private security company guarding the Nike missile sites, before beginning his career at Eastern Washington University in 1964. He was promoted to Custodial Manager in December 1973, where he worked until retirement in1993. Jim and Arlene had three children and were lifelong Cheney residents.

Jim enjoyed hunting, fishing, and boating, and loved spending time on his property at Waitts Lake in Stevens County. One of his special joys was a summer spent RVing and fishing in Alaska. He was a lifetime member of the Knights of Columbus and a member of the American Legion Post 72.  He bowled on leagues for the Knights of Columbus for many years.

For the past five years, Jim was kept close to home by being on dialysis five days per week.  He had passed hundreds of kidney stones over the years causing renal failure.  Arlene did hemodialysis at their home and took amazing care of Jim.  The family wishes to thank the staff at the Spokane Fresenius Kidney Center for his wonderful care.

Jim will be greatly missed by his family and friends. His grandsons will especially miss his "grandpa" stories from childhood, the navy and hunting, and how they always ended with entertaining, yet heartfelt, banter.

A funeral mass was held Feb. 5, 2022, at St. Rose of Lima Catholic Church in Cheney. An interment ceremony with full military honors will take place on Friday, April 8, 2022, at 2:30 p.m. at the Washington State Veterans Memorial Cemetery in Medical Lake.