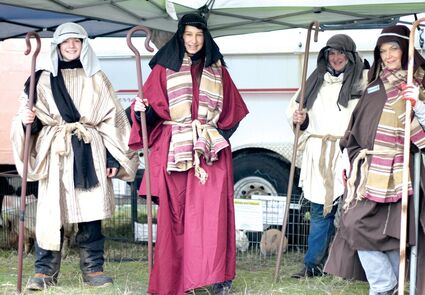 Hundreds of residents hit the downtown area of Medical Lake on Saturday, Dec. 11, to celebrate the start of the Christmas season.

A fun run kicked off the festivities, followed by a petting zoo "nativity," complete with shepherds, donkeys and more. Downtown, Christmas elves helped children make Christmas treats and décor. And youngsters were also able to have a cup of hot chocolate to stay warm.

At 4:45 p.m., about 5 downtown blocks came to life with a short parade down West Lake Street, led by the Grinch. The parade also featured Mrs. and Mrs. Santa Claus, candy canes and more. It ended...