Ryan settles in for first season as girls hoops coach 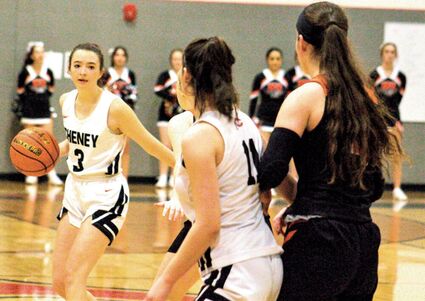 CHENEY – Fall colors are gone and the winter weather is officially here as Cheney High School officially kicks off its' winter sports season.

The girls basketball program is eager to start its new regime under head coach Ken Ryan, 48.

He received the coaching job late and implemented a brand-new system in the last 11 days.

While it's been frantic, he's never been around a harder working group of girls, Ryan said, noting he's excited to watch his team improve throughout the season.

While the program has been subject to coach...