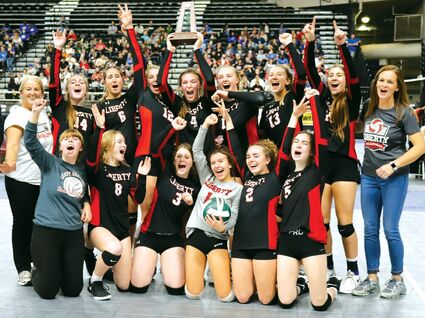 YAKIMA – The Liberty Lancers girls volleyball team returned from the Yakima Valley SunDome on Friday, Nov. 12, with a seventh-place state 2B trophy.

The Lancers, the No. 13 seed, opened the tournament against the No. 4-ranked Goldendale Timberwolves on Thursday.

The loss put the Lancers in the consolation, loser-out rounds.

As one of the lower seeds in the tournament, they would have to win their next two games against higher-ranked teams to bring home a trophy.

In their first loser-out battle, the Liberty girls...